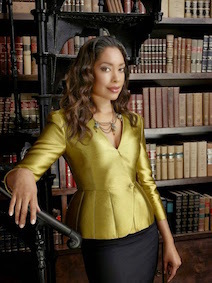 Although tall by Lor standards and athletically build for a career politician, Diena Th'emme's commanding presence has little to do with the physical. Cool and unblinking under pressure she rarely needs to raise her voice; raising one aristocratic brow in enough to convince even staunch opponents to quiet down and listen. Unfailing composed she has built a reputation for hammering out compromises between disparate groups and pushing forward plans of action with what passed for speed in the sprawling bureaucracy of the Lor Senate. She is equally known for coolly cutting opponents who stand in the way of that progress to ribbons with her acerbic wit. Those who know her well would be hard-pressed to call Th'emme kind but would be quick to note that no one was more responsible for the social reforms benefiting the common citizens of the Republic in the final decades of Lor-Van.

Her original title was Lady Th'emme, daughter of a royal family that could trace its lineage back even before the Lor had achieved interplanetary travel. Though it has been more than a millennia since the royal house of Omgran'te were rulers by right of blood they remained figures of cultural significance and counted many philanthropists and civic leaders among their numbers.

Even among the social elite of the Rupublic's capital world they were privileged and a young Diena responded to the perception that she had had everything handed to her by throwing herself into every aspect of her studies with determination that took even the best instructors money and status could provide by surprise. She wielded her family's influence as a scalpel rather than a club and forced her detractors to acknowledge her with the sheer weight of her accomplishments. She earned degrees of distinction in galactic history and anthropology even while she focused on the political sciences.

As an adult her ambitions earned her a seat on the Republic Senate, among the youngest to hold that office. She cultivated the minor celebrity her name granted her, becoming a public figure recognized even amongst those Lor less concerned with the day-to-day political process. She built relationships with visiting diplomats, masterminding several high profile and mutually beneficial agreements between planetary governments in a process which had historically been slanted almost comically in Lor-Van's favour. She earned the position of Senator-Prime, one of a few dozen senators based on the capital world and directly advising the Imperator.

The media styled her as the princess of the underdog, an infantilization to which she vocally objected. It might have been more accurate to say that Th'emme loathed small mindedness and short term thinking. In particular this meant tearing down the legal and social barriers for citizens of the Republic not genetically Lor - though it was only after the Incursion that she explicitly expanded this mandate to include the clones who make up significant portions of the Lor military and science corps. Ever pragmatic, she saw a culturally and biologically diverse citizenry as the only reasonable path toward strengthening and advancing the Republic and famously stated that the failure of the system to provide for a single one of its citizens represented the failure of the system as a whole.

Th'emme was one of only a handful of Senators who were present on Lor-Van during the Communion's attack and survived. Within a stellar cycle of the planet's destruction she had become the ad hoc leader of the convoy of fleeing city-ships and later the voice of the Republic amongst the loose council of Coalition leaders. Her talents for decisive action and timely diplomacy proved vital during the Incursion.

The horrors she witnessed during the war had a profound effect on the senator, though her outward composure rarely faltered. Questions of fair wages and opportunities for education became questions of survival. More than ever she came to believe that the greatest threat to the Lor was their own antiquated sense of superiority. If they were to rebuild, if the fires of galactic civilization were to be saved from being extinguished, it would be as partners with their neighbours, sharing resources and combining strengths.

To that end she took on the role of Ambassador for the Republic on CoVic Station, the ideal petri dish for this new order. She has gradually worked toward winning over her peers on the station who might be wary of Lor imperialism, proving herself an ally to the burgeoning Grue Individuality and groups splintering away from the Khanate but at the same time remains wary of those who would seize the opportunity presented by galactic upheaval. She will not see her people lose another home and more than ever she considers all sentients to be 'her people'.

Th'emme is married to Scientist Evets Th'emme née Vort're, an environmentalist and 'professional volunteer'. Lantern jawed and given to stony silence Evets is considered imposing by Lor standards but in truth is simply soft-spoken and introspective. He was at their family's home on one of the orbiting city-stations during the Communion's attack on Lor-Van and survived the planet's destruction. He as since been involved in terraforming efforts geared toward finding homes for the massive numbers of refugees displaced by the Incursion.

They have one daughter, Iana Th'emme. Technically a 'lady' by virtue of her bloodline because of her mother's prominence Iana is frequently bestowed the title of 'princess' with vary degrees of respect or irony. Kidnapped by pirates as a child she was rescued by the combined efforts of the Captain Myshel Czak of the Flarerider and a group of Terran heroes, notably including the baseline human Arrorwhawk and two founding members of the Interceptors. Now a teenager, Iana has developed a fondness for Terran culture and what might be charitable termed 'larger-than-life personalities', recruiting the Flareriders and Interceptors again years later to rescue her own parents when they were briefly taken hostage. An accomplished fencer and strategist who has begun to display strong leadership skills, after surviving the destruction of Lor-Van Iana served with Captain Shepherd-07 during the Incursion as a quartermaster.

Upon assuming her post as Ambassador on CoVic Station Th'emme was assigned clone soldier Jilinson-08 as a bodyguard. Though it was traditionally uncommon for clones to be given assignments of such relative prestige Jilinson-08 had distinguished himself on Garron-9 during the Incursion. Though he demonstrates some of the inflexibility for which the Jilinson series is known, Jilinson-08 has shown a knack for unorthodox tactics which he attributes to working with mercenaries and bounty hunters against the Communion. In the process of helping to settle disputes on the Station he has garnered a reputation as something of a detective, much to his chagrin. Unusually for a clone who has seen active service he prefers his full batch registration over any nickname. Particularly 'Jibby'.