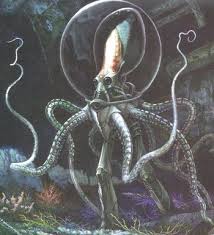 100 million years from now, the people of Earth know how lucky they are. Their civilization is only a few centuries removed from the worst disaster in its history; the eruption of a super-volcano that triggered a devastating biological war between the three Great Powers of the day. The War knocked them back to pre-industrial civilization for generations, and left them with some profound social and cultural scars. They're a united people now (mostly) - determined to make sure no further cataclysms can threaten their civilization. Their scientists are pushing forward the limits of discovery in advanced laboratories across the continents and even in space-built facilities on the ten planets - but their archaeologists are pushing the limits of discovery _backwards_. The people of Earth, 100 million years from now, are well aware that they are not the first sentient race to live and die on their planet.

Their immediate predecessors, the corvids, make sense enough. They've found traces of (what they believe was) the asteriod impact that destroyed that civilization tens of millions of years before their era, traces that helped drive the Octopi into space in great numbers in the century before the current one. .The _first_ predecessors, though, those are strange ones - the mammals? (This is a pretty crazy idea to a scientist of 10 megayears from now, in an era when mammals are restricted to a few egg-laying species on the mother continent.) The archaeologists have found evidence of beings, of technologies, of stranger things yet, that make no sense by the standards of their science - who were these mysterious Progenitors? How did they live? Where did they _go_? Luckily, a combination of archaeology and science has given the people of the future access to their own geological past. Our present!

The Octopi aren't actually octopi as such - any more than we're rats. But their ancestors are already around here; Octopi visitors to Australia can find their direct genetic ancestors scuttling around on the beaches gobbling up crabs. They're about as big as a human being but with no central body mass - instead they have the big long heads that contain their vast brains, blinking eyes, and sharp beaks, and the long, tentacled limbs they use for getting around. They can change their colors at will, much like their ancestors - their language is driven as much by color patterns and limb movements as it is sound. (This is one reason why they have so much trouble understanding what we're about - we seem like beings speaking in a creepy, alien monotone full of missing words.)

We baffle them - how could a people who they know will do so much be so primitive, outside of a few isolated (and terrifying) exceptions? Why do we look so different from each other, and sound so different, and act so different, without destroying each other? Or was _that_ our fate? It's a subject of major philosophical debate by priests at the universities - and major investigation by their scientists. Luckily, both have access to time travel technology, albeit only under the supervision of the government. (A technocratic direct democracy, if you're wondering)

Octopi will likely be encountered in their timeships - fast-moving, shapeshifting vessels about the size of a large schoolbus - or perhaps in the armored encounter suits they use for getting around in our era. (Why use the suits? Average temperatures on Earth, especially at Freedom City's latitudes, are unpleasantly cold to them, they have a deep cultural fear about biological contamination, and the suits have sensors, strength enhancers, and snacks!) They will generally not understand what characters are trying to tell them; even characters with Comprehend should generally be given an HP for the setback . They will generally flee or hide from a fight, but will defend themselves if pressed - they do not want us getting access to their technology.

Octopi are generally alien but not hostile; they have no particular grudge against the Progenitors and they understand we are as close to sentient as makes no difference. But on the other hand, even their most liberal scientists would think nothing of kidnapping Progenitors, experimenting on them, and then returning them as long as said Progenitor didn't suffer inhumanely in the process. And there's nothing to say that time travel technology won't leak out beyond the guild of priest-scientists that currently controls it. What if an Octopi industrialist started dumping chemical byproducts in the distant past; or an Octopi criminal escaped into the distant past? 100 million years is a long time; and as far as they can tell, nothing they do here will affect their present.

Octopi characters, either PCs or NPCs, will generally be reliant on their advanced technology and semi-aquatic physiology - they're about as strong as the average Atlantean or Deep One, though they much prefer the land to the sea. Slapping Additional Limbs on a Battlesuit build will give you a good feel for the average Octopi encountered inside his or her encounter suit. 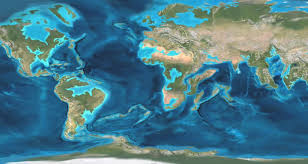